Add some fun to any party!
Rent Croquet

Croquet courts generally are large (100′ x 50′) but can be scaled down to 50′ x 25′. The wickets are placed in a double-diamond configuration as shown to the right.

The teams then follow the path as shown above in the figure, Attempt to hit the ball through the hoops and hit the stake at either end. You earn points by hitting the ball with the mallet through the wickets in the correct order and direction. The winning team is the first team to score 14 wicket points and 2 stake points. 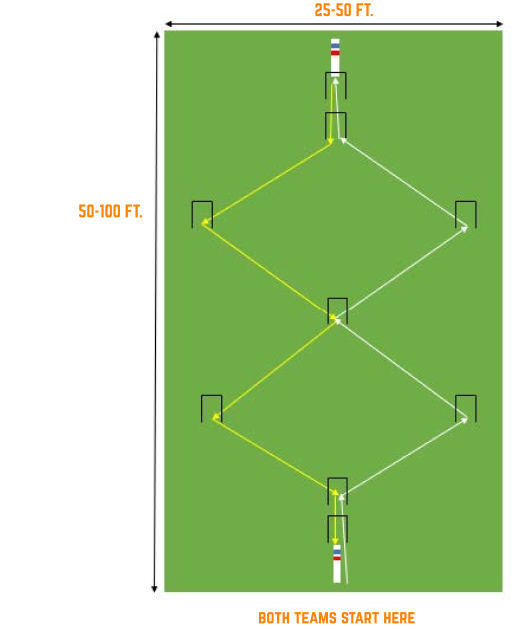