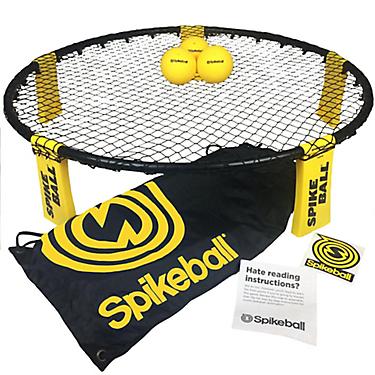 “Spikeball me bro”. If you have visited a beach lately or been to the dope ass party at the Tri Delt house you will know what Spikeball is. It’s fun, it’s difficult, and it lets your inner frat dude flag fly. Seriously though Spikeball is massively fun and one of our most popular rentals. Hit us up to rent today.

Spikeball is a relatively new game but definitely one of the most popular outdoor games around. It is played by two teams of 1-3 (typically 2) players with a ball and a round net supported by legs off the ground.

First, flip a coin to determine which team goes first. The teams will line up opposite one another approximately 6 feet from the net, as in the figure. The team that goes first serves the ball into the net. It will bounce and the opposing team will have up to 3 touches to once again hit it at the net (much like bump, set, spike in volleyball). After the serve, the players may move around the net however they please. Players are not allowed to lift, grab or throw the ball.

Scoring is much like volleyball. Any team that cannot return the shot at the net within 3 shots their opponent earns a point. Reasons to award the point are as follows:

To win a team must hit or exceed 21 points and win by 2 points. 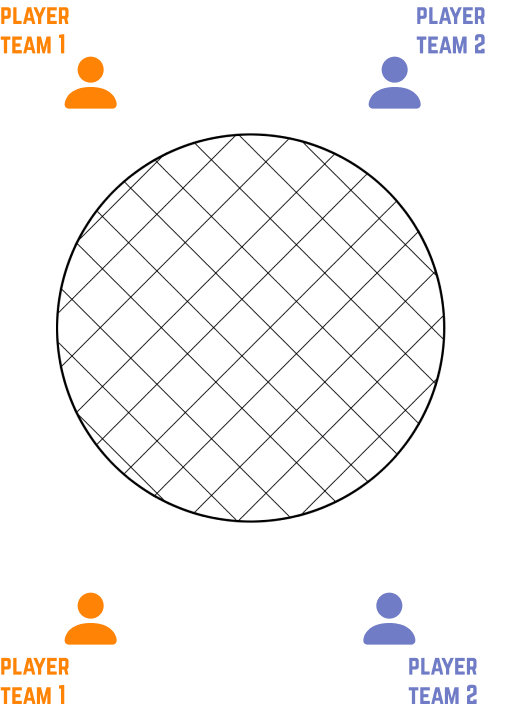