Putterball is a wonderful backyard game that is a blend of beerpong and putting green. Rules are below, but this game is perfect for a party, wedding or corporate event and is popular with golfers of all ages.

The game is simply unfolded into its playing shape. Verify there are two golf balls, two putter and 12 hole covers. The game can be played with 2 or 4 people in teams of 1 or 2 with teams members on the same side.

Decide which team goes first with a shootoff.  Whoever makes it first or keep shooting until someone misses. Teams take turns hitting either 1 or 2 balls at the other teams’ holes.  Each sank hole is covered by the green circle and when a team sinks all six holes they win, except the other team will shoot until they miss which is called a “rebuttle”.  If the opposing team sinks all their rebuttle shots, there is a 3 shot playoff with the non-rebuttle team going first.  The same rules apply for the playoff. 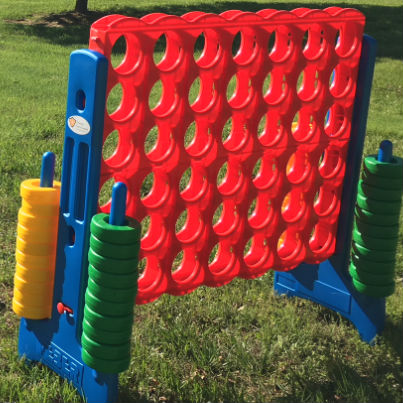 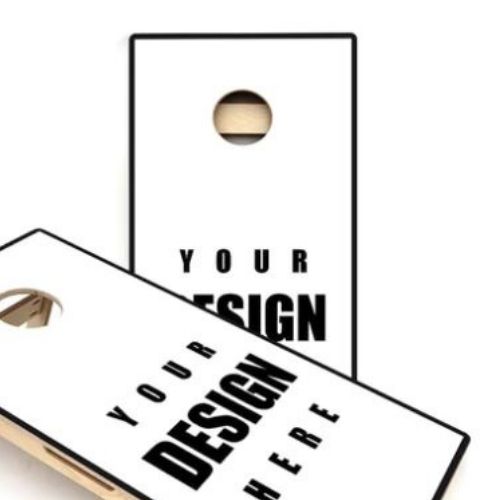 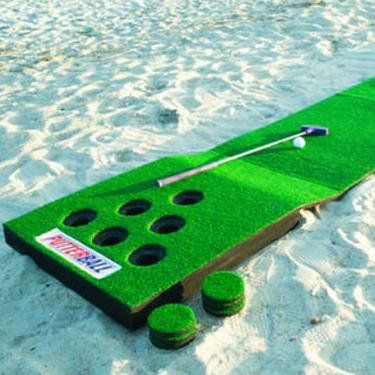