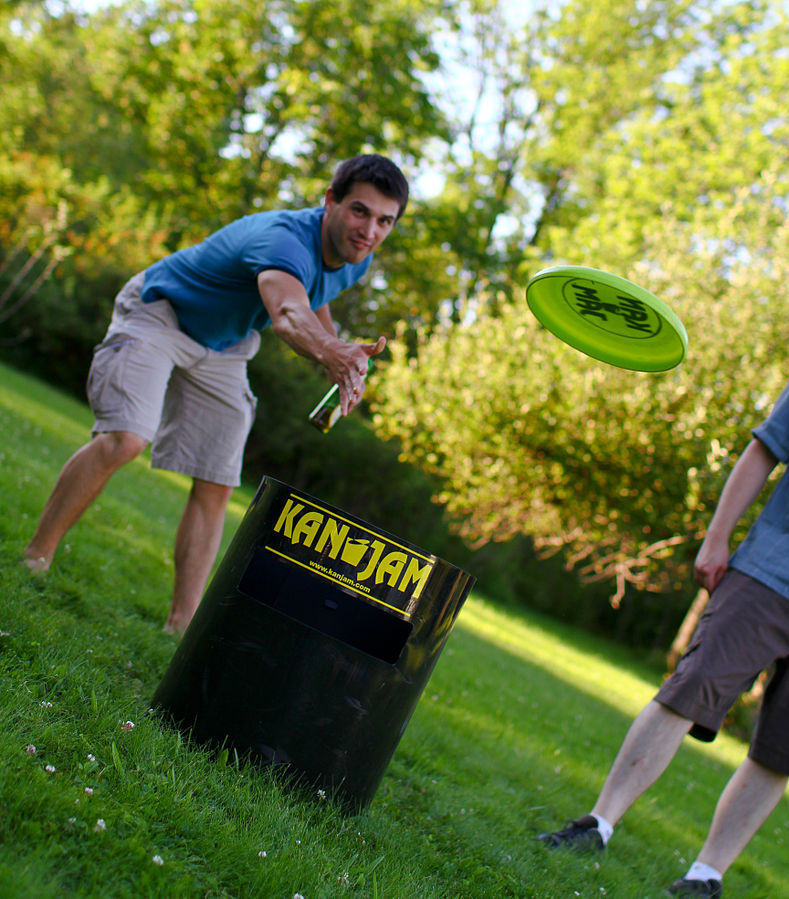 KanJam is one of the simple pleasures of the lawn game world. Throw a frisbee at a trashcan, and get points for touching the can. It is a great addition to any order, and a game most people know. So if you are interested in ordering can jam give us a call, email us, or order online.

We are happy to deliver and pickup the games, just visit our order page to find out more on pricing and availability.

KanJam “Kans” are placed 50’ apart with the slots facing one another. Teammates are opposite one another at the Kans, as shown in the diagram at right. Players may move about however they need to but they cannot touch the Kan.

Determine who goes first by flipping a coin, the disc, or another method of your choosing. The first team goes first, so both players throw before the other team throws. Players must throw from behind the front edge of the Kan. Each team proceeds to take turns throwing, with scoring as follows:

The goal is to hit 21 points exactly. If you exceed 21 then the points are subtracted from your original score; e.g. if you have 19 points and your teammate deflects the disc into the Kan, you lose 3 points down to 16.

Deflecting the disc has certain rules. You cannot carry or at any point catch and throw the disc. The best way to do it is use the back of your hand or use both hands together. You cannot double hit the disc.

In the event of both teams reaching 21 in the same round, play enters overtime, where the first team to win a round is the winner of the game.